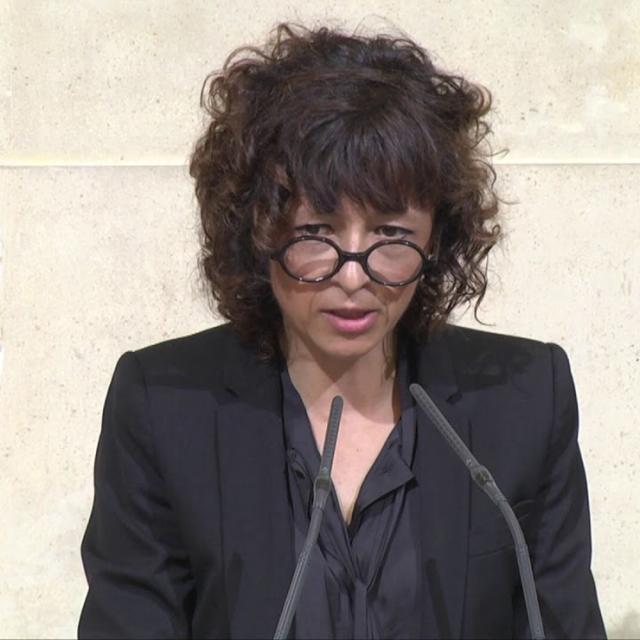 On Wednesday 20 June, Professor Emmanuelle Charpentier was awarded the degree of Doctor of Science, honoris causa, by the University of Cambridge.  Following the ceremony in the Senate House, it was Darwin College's honour to host Professor Charpentier to dinner in College.

Microbiologist and geneticist Emmanuelle Charpentier was educated in Paris at the Pierre and Marie Curie University and the Institut Pasteur, where she completed her doctorate. Director of the Department of Regulation in Infection Biology at the Max Planck Institute for Infection Biology, Founding and Acting Director of the Max Planck Unit for the Science of Pathogens, Berlin and a Honorary Professor at Humboldt University, her early career was made in the United States. Returning to Europe and to Vienna in 2002, she later moved to Sweden and Umeå University, before coming to Germany to the Helmholtz Centre for Infection Research in Braunschweig and Hannover Medical School. A world-leader in the understanding of regulatory mechanisms underlying infection and immunity, the pioneering work of Professor Charpentier and her team on the deciphering of bacterial CRISPR-Cas9 immune mechanism, and its development into a genome editing tool together with Jennifer Doudna’s lab is acclaimed as one of the outstanding advances of our time in biology and medicine. Winner among a series of prestigious prizes of the Breakthrough Prize in Life Sciences, the Leibniz Prize and the Carus Medal, a Canada Gairdner Award and the Japan Prize (both with Jennifer Doudna) and a BBVA Foundation Frontiers of Knowledge Award (with Doudna and Francisco M. Mojica), in 2016 Professor Charpentier was appointed a Chevalier de la Légion d’honneur.