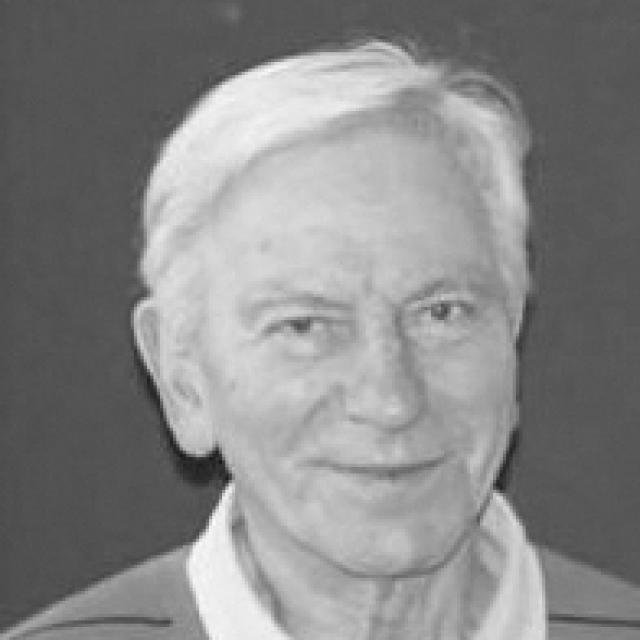 Darwin College is greatly saddened to report the death on 22 March of Dr Abe Yoffe, Emeritus Fellow of Darwin College, and Emeritus Reader in Physics in the University.

He was the last surviving of the twelve founding Fellows of the Darwin College.

Dr Abraham David Yoffe (who was always known as ‘Abe’) was born on 26 November 1919 in Jerusalem. He lived in Australia as a child, and after taking a Master’s degree in Chemistry at the University of Melbourne, he worked on explosives for the Australian Council of Scientific and Industrial Research.  He then came to Cambridge where he took his PhD in 1948, followed in 1961 by the degree of Doctor of Science.

Abe was a member of the former Physics and Chemistry of Solids group (PCS) which transferred from the (then) Department of Physical Chemistry to the Cavendish in 1957, to carry out research on solid explosives, friction and lubrication. Abe was Head of PCS from 1981 until his retirement in 1987.  He then became a member of the Optoelectronics Group from 1987 onwards.

In 1964, Abe became one of the founding Fellows of the College; during his 58 years on the Fellowship he contributed enormously to the welfare of the College, and to the enhancement of its research standing, by attracting to the College many talented postgraduates, research fellows and scientists of international reputation.

Former Master and Darwin alumna Professor Mary Fowler said: “As the last remaining founding Fellow his death is a sad milestone for Darwin College.  By establishing a community for graduate students, researchers and academics that was unstuffy, friendly and outgoing, the founders built something very special. Abe and our Founders created a treasure that will stand for generations.