Back to news
Wednesday 4 October 2017 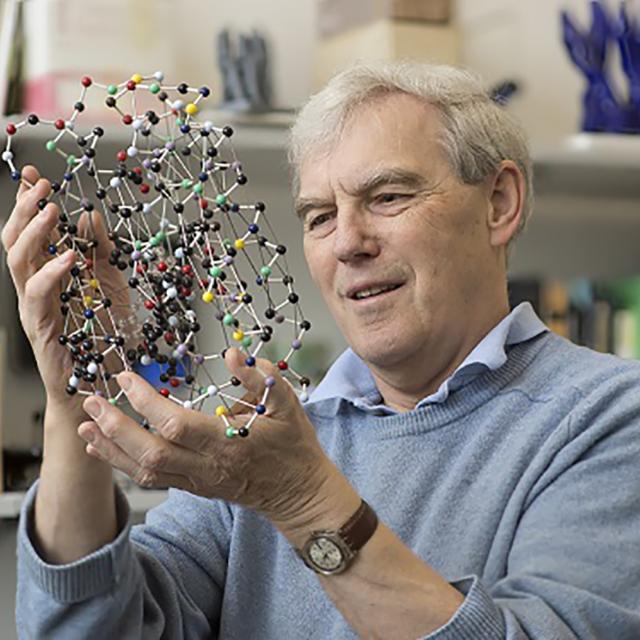 Congratulations to Darwin Fellow Dr Richard Henderson, who has today been announced as a winner of the Nobel Prize for Chemistry, together with Jacques Dubochet and Joachim Frank, for "developing cryo-electron microscopy for the high-resolution structure determination of biomolecules in solution".  Speaking after today’s announcement, Richard said “I am delighted for everybody in the field that the Nobel Prize for Chemistry has been awarded to acknowledge the success of cryo-EM.  I am particularly pleased that Jacques Dubochet has been recognised as the key person who kick-started the field in the early 1980s with his method of rapid freezing to make a specimen of amorphous ice, a crucial advance.”

Richard Henderson has been a Fellow of Darwin College since 1981, having previously studied at Edinburgh and at Corpus Christi College, Cambridge. He was the director of the Medical Research Council's Laboratory of Molecular Biology in Cambridge between 1996 and 2006, and became a Fellow of the Royal Society in 1983.