Back to news
Wednesday 21 September 2022 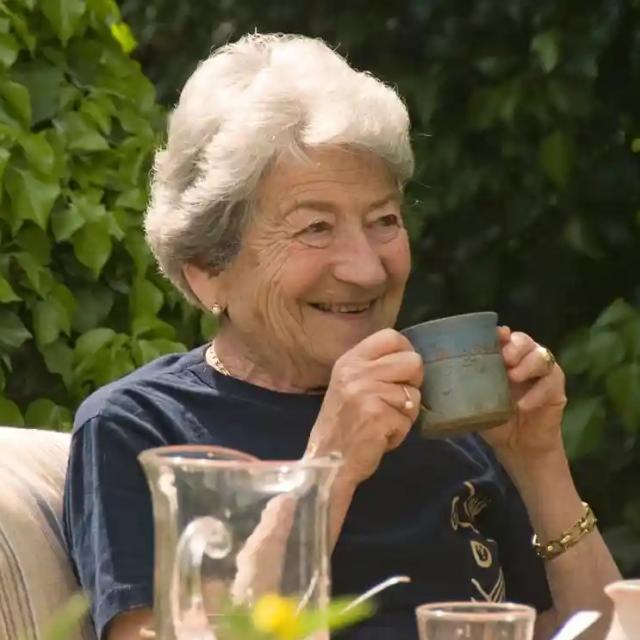 Darwin hosted a celebration of the life of Celia Milstein, who died in 2020 aged 92, on Saturday, 17 September.

Celia, a biochemist and immunologist, had a lifelong affiliation with the College after moving to Cambridge from Argentina in the early 1960s. Her husband, Nobel prize-winning biochemist César Milstein, took up a Fellowship at Darwin when a military coup forced the couple to leave their homeland. César died in 2002.

Celia’s great nieces and nephews, who had travelled from Argentina, were joined on Saturday by friends and colleagues from throughout the Milsteins’ many years in Cambridge. Nearly 100 people gathered for tea and cake in early autumn sunshine on the Bradfield Lawn, before filling the Old Library to capacity for a series of tributes and recollections.

Following a moment of silence in memory of Her Majesty the Queen led by Vice-Master Fiona Karet, the Master welcomed all our visitors.

Celia left her Steinway piano to Darwin, where it has found a new home in the Old Library.  Benjamin Markovic, Organ Scholar at Queens’ College, provided 15 minutes of contemplation through his beautiful playing of Mozart's Piano Sonata no. 5, K283.

Celia’s great niece Ana Fraile then led the reflections, recalling Celia’s birth to Ukrainian refugees to Argentina in 1928, her studies in Chemistry at the University of Buenos Aires in the 1940s, her marriage to fellow student César in 1953 and her work at the Babraham Institute from the 1960s. Celia was, Ana recalled, outraged when her boss at the Babraham Institute suggested she retire from science when Cesar won the Nobel Prize, and she promptly moved into the University.

“Celia was someone unique, who could push me to do better,” Ana observed. Other speakers emphasised Celia’s love of life, her sense of fun, her vitality, and her capacity to make the everyday special. Speakers remembered her generosity, warmth and empathy, her love of theatre, film, opera and piano, as well as travel and languages, and her strength in continuing to embrace life and its opportunities in the years following her widowhood.

She was, in the words of one friend: “a great, wise woman in a tiny body.”

The formal proceedings were followed by drinks by the river, and a toast led by Professor Karet.

The College is enormously grateful to have received the legacy of the Milsteins’ home on Hills Road, Cambridge. While a permanent use for the house has yet to be decided, in the immediate term it is providing a home to a Ukrainian academic musician and her two children, now in Cambridge as refugees from Ukraine.