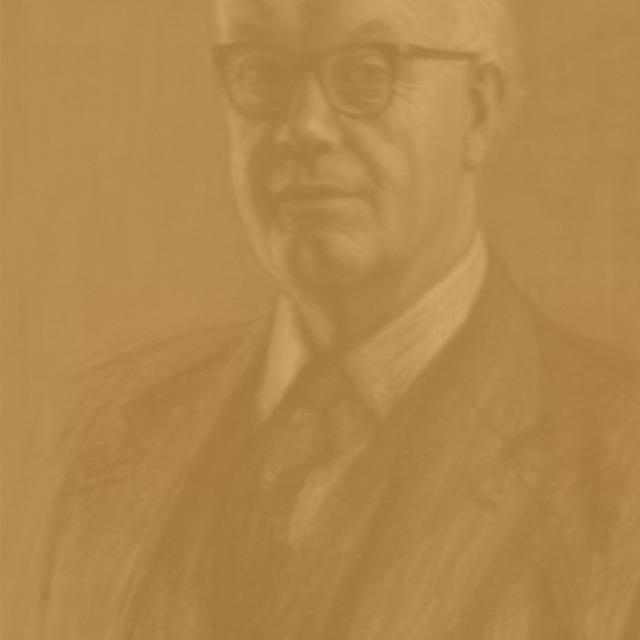 Professor Sir Frank Young FRS (1908-1988) was an eminent biochemist noted for his work on diabetes. He was the first Master of Darwin College, commencing his tenure in 1964 and retiring in 1976. Amongst many other national and international bodies he served on he held the position of Sir William Dunn Professor of Biochemistry at the University of Cambridge, a post he remained in for twenty-six years. He was knighted in the 1978 New Year's Honours.

More information on his distinguished career can be found here.